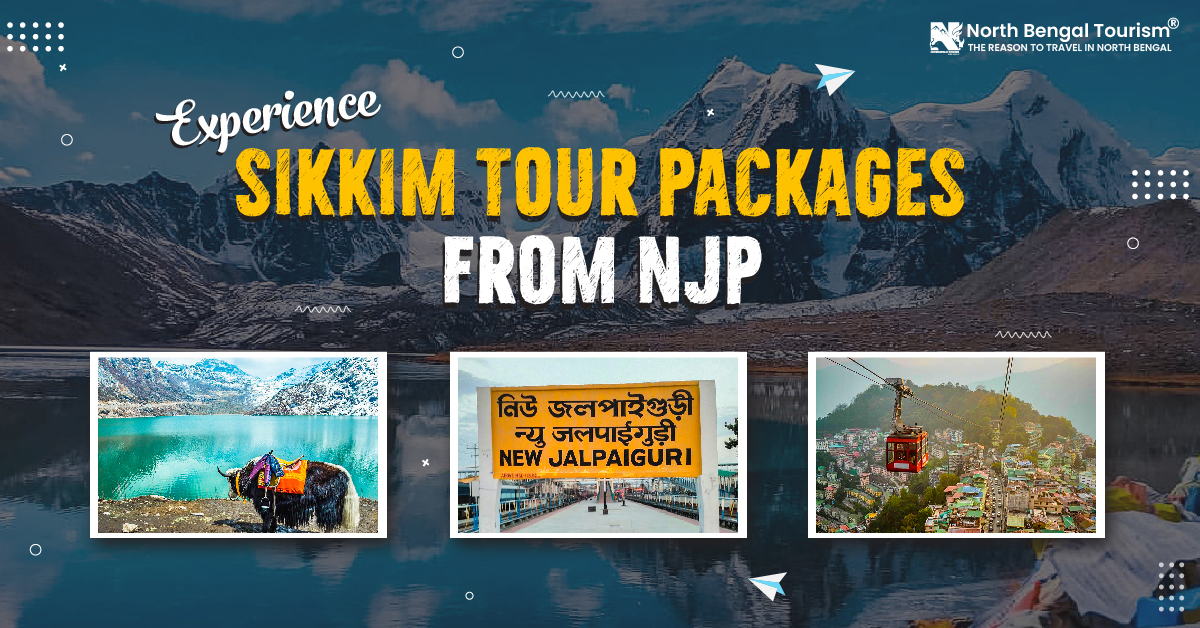 Sikkim is one of the most vibrant states in India. With Sikkim Tour Packages from NJP, you can easily explore all the tourist attractions of this beautiful state.

Located on the foothills of the Himalayas, Sikkim is undoubtedly an ideal state to visit so that you can witness the panoramic view of Kanchenjunga, serene lakes, lush greenery, and numerous Buddhist monasteries.

Those who seek solace will be delighted to visit Sikkim’s less trodden destinations like Kaluk, Zuluk, Yuksom, Sumbuk, Gyalshing, and more.

The monasteries of Sikkim such as Rumtek Monastery, Enchey Monastery, Dubdi Monastery, Tashiding Monastery, Ralang Monastery, Phodong Monastery, and more are also a must-visit for those who desire to comprehend more about Buddism and Tibetan architecture.

You can book Sikkim Tour Package from NJP at any time. However, Monsoon will not be the ideal time. In the monsoon, heavy showers caused frequent landslides and the roads get muddy.

Summer in Sikkim: The summer in Sikkim starts in March and ends in the month of June. The average temperature of Sikkim in the months of summer stays around 18 °C. Because of the clear sky in the summer, the Himalayan range including Kanchenjunga looks magnificent.

Winter in Sikkim: Winter can be the ideal season to visit Sikkim those who are in love with snowfall, blue sky, and the panoramic vista of Kanchenjunga. Most of the lakes get frozen during the season of winter and even the popular destinations get covered with thick snow.

Autumn in Sikkim: Autumn is the best time to book a Sikkim Tour Package from NJP. October to November is the month of Autumn here. The rhododendron and the other Himalayan flowers all bloom beautifully. The lush greenery and the tourist destinations of Sikkim can be seen in their full glory.

How To Reach Sikkim From NJP

After reaching New Jalpaiguri Junction (NJP), you will get to see several cars outside which can imminently be rented to Gangtok or any other major cities of Sikkim. Vehicles can even be hired from Siliguri. From the bus stand of Siliguri, shared vehicles or even buses are available to Sikkim.

Things to Do in Sikkim with Tour packages from NJP

With Sikkim Tour Packages from NJP, you can do the following activities and enjoy the holidays at the fullest.

Panoramic View of the Himalayan Range: The Sikkim Tour Packages from NJP will let you witness the enthralling beauty of the Himalayan range including the world’s third-highest peak Kanchenjunga.

Boating at the Lakes: Most of the lakes in Sikkim let you enjoy boating, one of the most enjoying outdoor activities.

Rafting across River Teesta: You can indulge in river rafting across the Teesta river. The turbulent water of Teesta is the ideal one for rafting and lets you witness the adrenaline rush in your body.

Cable Car Ride: At Gangtok Ropeway, Cable Car Ride is one of the best things to do by taking Sikkim Tour Packages from NJP. Gangtok’s Cable Car Ride lets you get a complete aerial view of Gangtok City, snow-clad Kanchenjunga, and the hills covered with lush green forest.

Trekking: Sikkim is trekkers’ paradise. You can enjoy trekking through the challenging hilly terrain of the state.

Places to Visit in Sikkim

The best Sikkim Tour Packages from NJP (New Jalpaiguri) Junction will let you visit some of the best places. Some of the worth noting ones are:

Yuksom: In West Sikkim, Yuksom is truly a historical town. It is one of the oldest towns in Sikkim and was also the first capital of the state.

Yumthang: A magnificent nature sanctuary with the river, hot springs, yaks, and grazing pasture on rolling meadows surrounded by the Himalayan mountains, Yumthang is truly a paradise on Earth. By visiting here, you can truly forget all your troubles and worries.

Ravangla: At an elevation of 8000 feet in South Sikkim, Ravangla is a small town that lies between Pelling and Gangtok. Any of the Sikkim Tour Packages from NJP will let you explore its attractions including Buddha park.

Namchi: Namchi is the capital of South Sikkim. You will get to see Samdruptse, Siddeshwar Dham, and more here in and around this beautiful town.