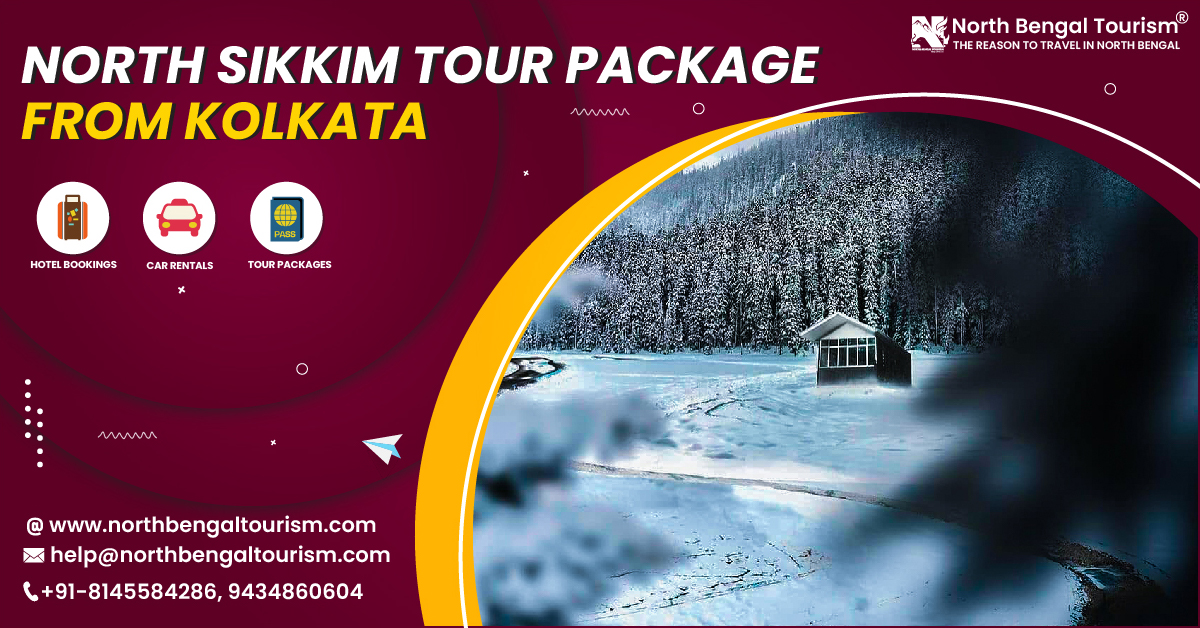 Tired of searching for the best North Sikkim Tour Package from Kolkata? North Bengal Tourism, a renowned travel agency, can help you find one. Now, you don’t have to brainstorm and waste your time in search of the best North Sikkim Packages as here we have recommended some well-planned packages for you.

North Sikkim, a district in the Indian state of Sikkim, is a promising holiday destination for the nature enthusiasts who want to witness the panorama of the Himalayan range, serene lakes, and the tantalizing beauty of Yumthang Valley, Lachung, Lachen, Chungthang, Seven Sisters Waterfalls, Chopta Valley and more.

Spring: Spring in North Sikkim is all about pleasing weather. The sky remains clear and without any fog at all. Because of the clear blue sky, you will get to see the intense panoramic view of the mountain peaks such as Kanchenjunga.

Monsoon: This is off-season in Sikkim. Frequent landslides cause the blockage of the roads and also avalanches can also occur.

Summer: You can visit North Sikkim from Kolkata in the summer. The summer in Sikkim starts in March and ends in the month of June. The approximate temperature stays around 18 °C and the entire Sikkim gets ornamented with blooming flowers.

Winter: If you visit Sikkim in winter you will get to see and experience snowfall, blue sky, and the panoramic vista of Kanchenjunga. Most of the lakes get frozen during the season of winter and even the popular destinations get covered with thick snow.

How to Reach North Sikkim from Kolkata

By Rail: From Kolkata, first, you have to reach NJP by train which is the nearby and the busiest railway junction from North Sikkim.

By Road: From Kolkata, you first reach down to Siliguri by a rented car or bus. However, with your North Sikkim Tour Package from Kolkata, a car will be included in the package.

Places to Vist in North Sikkim

North Sikkim Tour Package from Kolkata lets you explore some of the bewitching places and attractions. The major ones being:

Activities to Do in North Sikkim

If you visit North Sikkim from Kolkata, you will love to indulge in several relishing activities.