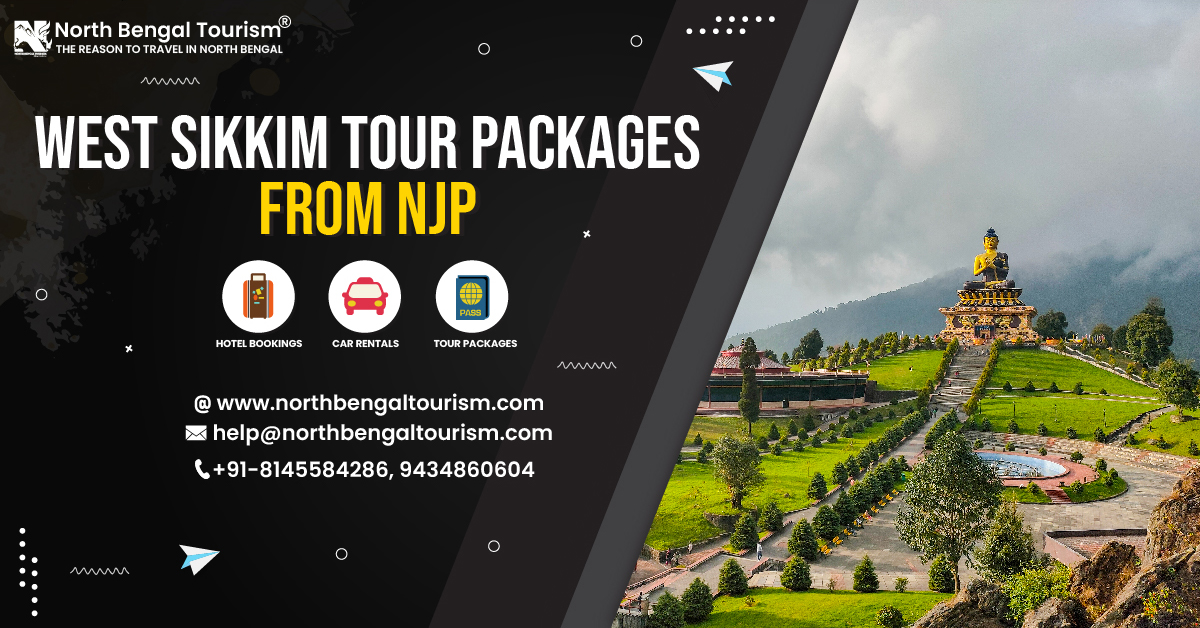 West Sikkim, the second largest district in the Indian state of Sikkim, is a breathtaking holiday destination equipped with some bewitching attractions. Far from the crowded Gangtok City, West Sikkim offers a complete serenity of nature and several Buddist religious sites worth exploring. The best West Sikkim Tour Packages from NJP will let you witness all these tourist attractions and let you do a plethora of adventurous sports and activities.

Places to Visit in West Sikkim

Pelling: Pemayangtse Monastery and Sangachoeling Monastery are the major attraction of Pelling.

Singalila National Park: A national park with unique flora and fauna at an elevation of 7000 feet above the sea level.

Rinchenpong: It is a small village in West Bengal with attractions like Richenpong Monastery, Poison Lake, etc. The village will offer a tranquil environment that will help you soothe your distressed soul.

Barsey Rhododendron Sanctuary: Stretching over an area of 104 km2 in the Singalila Range, it is a sanctuary of blooming rhododendron.

West Sikkim changes its beauty every season. So, have a look at the best seasons when you can visit West Sikkim quite conveniently from NJP.

Summer in West Sikkim: Summer enters and dominates West Sikkim from April to June. During this season, the temperature of West Sikkim stays on an average of 15°C to 25°C. The sun shines brightly and the sky stays mostly clear.

Monsoon in West Sikkim: With heavy rainfalls, West Sikkim welcomes Monsoon from July to September. The temperature hovers around 16°C to 22°C. Tourists usually don’t prefer to visit West Sikkim in Monsoon because of the frequent landslide. However, for those who want to see the lush greenery and the soothing weather, Monsoon can be the best time to visit Sikkim.

How to Reach West Sikkim

By Air: West Sikkim’s nearest airport is in West Bengal named Bagdogra Airport at a distance of around 145 km. From this airport, many car rental agencies provide cars to be rented.

By Road: Cars are available at NJP, Siliguri, and even Bagdogra. A rented car is an ideal option to go for as you don’t have to share your vehicle with the other. However, a car will be included with most of the West Sikkim Tour Packages from NJP.

Things to Do in West Sikkim

After booking any West Sikkim Tour Packages from NJP, you can enjoy the following activities: