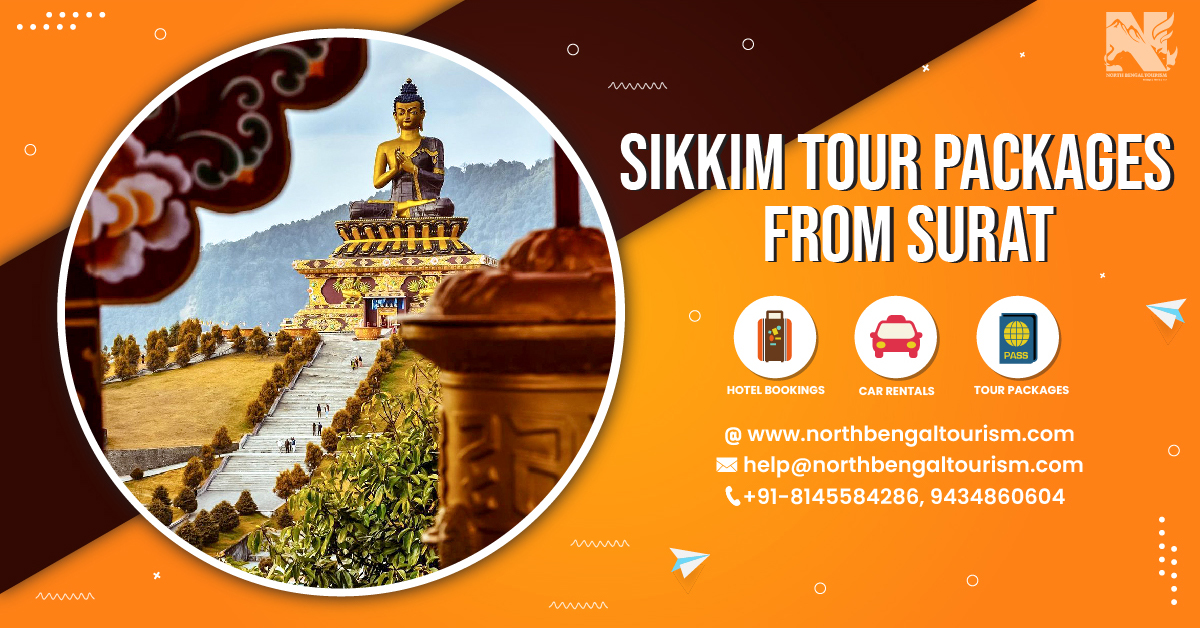 Unlike other tourist places, Sikkim is a place loved by every kind of traveler. Whether you are a lover of nature, splendid mountains, vivid valleys, serene lakes, and the ancient Buddhist Monasteries, Sikkim is packed with all of these to lure travelers towards it. The best Sikkim Tour Packages from Surat will let you witness all these attractions of Sikkim while letting you do activities like boating, paragliding, trekking, shopping, touring, bird watching, and more.

Attractions and Tourist Places in Sikkim

Yumthang: A pictorial valley nestled at an elevation of 3500 meters, Yumthang entices tourists with its exquisite collection of Himalayan flora, snaking river streams, and hot springs.

Namchi: The district in South Sikkim is a popular destination for the ardent followers of Lord Shiva. The Chardham of Namchi is a pilgrimage site visited by thousands of devotees every year.

Ravangla: It is another town in Sikkim mostly known for the iconic Buddha Park. Approximately 1 kilometer north of the city of Ravangla, this park’s center of attraction is a gigantic statue of Lord Buddha.

Yuksom: Dubdi Monastery, constructed in the year 1701, is an ancient Buddhist religious site. Nestled on the top of the hill, Dubdi Monastery’s splendid paintings and the surrounding hills covered with lush greenery seem unearthly.

Lachung and Lachen: These are another two magnificent settlements in Sikkim. The century-old monasteries and the composed environment of nature make these small hamlets absolutely worth visiting.

How to Reach Sikkim from Surat

By Flight: One of the convenient ways to reach From Surat to Sikkim is to first go from Surat to Mumbai. And, then from the airport of Mumbai, get a flight to Bagdogra Airport.

By Road: By taking any rented car from Surat you can reach Siliguri. If you have taken Sikkim Tour Packages from Surat, your travel agency will arrange your pick-up from Siliguri and help you reach Sikkim comfortably.

April to June are the best months to visit Sikkim to escape the intense heatwave of Surat. Apart from these months, one can also visit this fascinating state in the months of winter (October to December). Duly July to September, heavy rainfall can be seen in Sikkim.

Heavy rainfall washes away all the dirt and transforms the trees to look verdant. Even though in monsoon, Sikkim is embellished with lush greenery, travelers mostly prefer not to visit the state due to the frequent landslides.

Here are the following activities you can do if you opt for Sikkim Tour Packages from Surat.